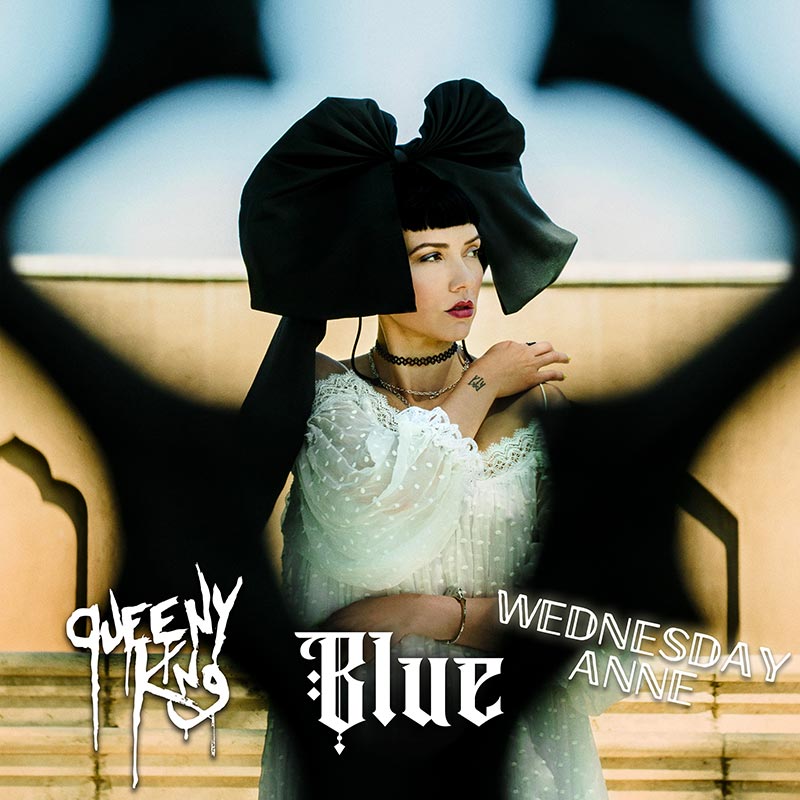 Being born into an infamous cult in India and performing at the notorious San Quentin State Prison sounds like a far-reaching fantasy, but it’s nothing less than reality for ​Queeny King​. The alt-pop anarchist channels years of raw, lived experience into a riotous debut solo single called ​“Freakshow”​ (produced by David Lucius King and co-produced by Queeny) that finds her rockstar musicality and personality on full display. It comes equipped with a fittingly gritty music video where graffiti and eye-popping outfits coexist as Queeny effortlessly captivates front-and-center while handling creative direction behind the camera.

Originally discovered at the Heike Makatsch show on Germany’s RTL2, Queeny eventually signed with her siblings to EMI Germany where she was extensively prepared for the music business before leaving the band in pursuit of her own career. That route led to her first solo performance at the aforementioned San Quentin State Prison where she enlisted Deadsy and Queens Of The Stone Age for a standing ovation-inducing show. Now prepared for a major solo entrance, she offers an invitation to her freakshow in 2020 and beyond.